Full 2 hour American Experience documentary HERE
Thu, May 04, 1961 - Washington, D.C.
A Greyhound and a Trailways bus, carrying seven black and six white civil rights activists ranging in ages from 18 to over 50, left Washington, D.C. bound for  Virginia, the Carolinas, Georgia, Alabama, Mississippi and Louisiana.
The goal of these riders, members of the Congress of Racial Equality (CORE) and the Student Nonviolent Coordinating Committee (SNCC), was to bring worldwide attention to the fact that the Jim Crow Laws in the southern states were still being enforced, despite being overturned by several Supreme Court rulings that public transportation vehicles and facilities must be fully integrated and that the "separate but equal" doctrine enforced by several southern states was unconstitutional. 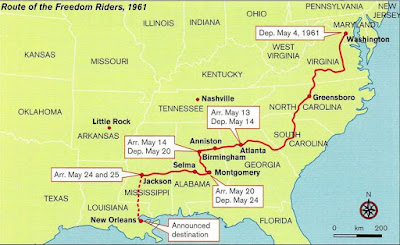 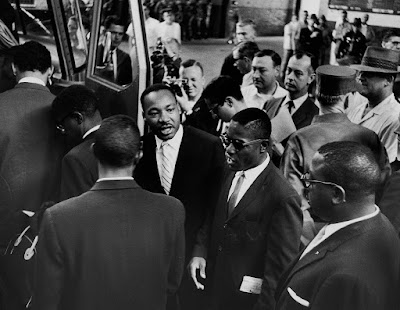 Fri, May 12, 1961 - Atlanta, GA
The Freedom Riders arrive in Atlanta, where Martin Luther King, Jr. warns them of violence ahead. 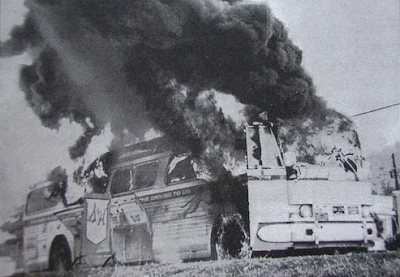 Sat, May 13, 1961 - Anniston, AL
When the Greyhound bus reached Anniston, Alabama, it was met by a mob who forced the bus to stop, threw a firebomb into it and forcibly held the doors shut, intending to burn the riders to death. 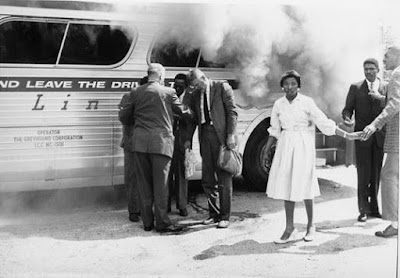 When the bus's fuel tank exploded, the mob dispersed and the riders were able to escape, only to be beaten by the returning mob. Only warning shots fired into the air by highway patrolmen prevented the riders from being lynched. 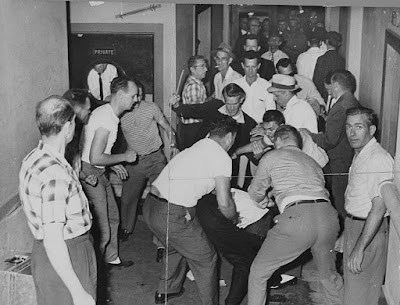 Sat, May 13, 1961 - Birmingham, AL
The Trailways bus is attacked. A riot breaks out at the Trailways Bus Station in Birmingham, AL. A KKK mob savagely beats both Freedom Riders and innocent bystanders alike with iron pipes, chains, and clubs. 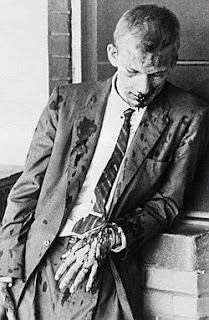 Fri, May 19, 1961 - Montgomery, AL
The Freedom Riders arrive in Montgomery, AL where a police escort abandons them to an angry mob. Freedom Rider Jim Zwerg and Federal official John Seigenthaler are badly injured in an ensuing brawl. 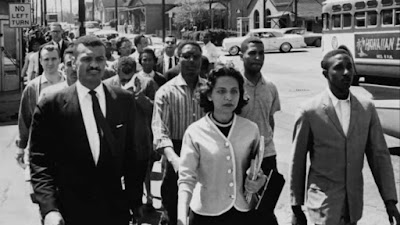 Wed, May 17, 1961 - Nashville, TN
Diane Nash of Fisk University in Nashville, TN, organized a second Freedom Riders effert. A group of eight blacks and two whites, students from Fisk University, Tennessee State University and the American Baptist Theological Seminary, traveled by bus from Nashville to Birmingham, where they would then resume the Freedom Ride from there to Montgomery, Alabama, and then on to Mississippi and Louisiana. However, upon their arrival in Birmingham, they were immediately arrested – “protective custody,” according to police. Later that night, in the early a.m. hours, this group was transported by Birmingham police chief Eugene “Bull” Connor to Ardmore, Alabama near the Tennessee line, and dropped off in a rural area – an area reportedly known for Klan activity. They were told to take a train back to Nashville. After finding refuge with a local black family, they reached Diane Nash who sent a car for them, returning them to Birmingham, where they intended to resume the Freedom Ride. 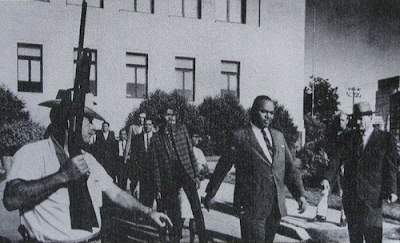 Tue, May 23, 1961
The Riders board buses from Montgomery to Jackson, MS under National Guard escort. They are jailed upon arrival under the formal charges of incitement to riot, breach of the peace, and failure to obey a police officer. 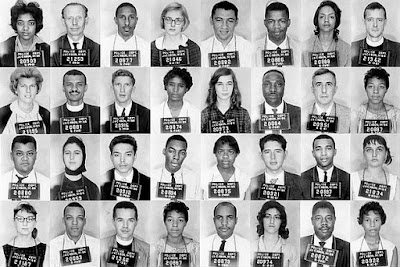 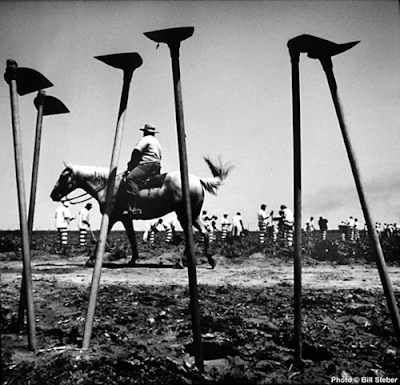 Segregationist authorities attempt to break their spirits by removing mattresses from the cells. New Freedom Riders will continue to arrive in Jackson, MS and be jailed throughout summer.

Mon, May 29, 1961
Attorney General Kennedy sent a petition to the Interstate Commerce Commission (ICC) asking it to comply with the bus-desegregation ruling it had issued in November 1955, in Sarah Keys v. Carolina Coach Company. That ruling had explicitly repudiated the concept of "separate but equal" in the realm of interstate bus travel. Chaired by the South Carolina Democrat J. Monroe Johnson the ICC had failed to implement its own ruling.

CORE, SNCC, and the SCLC (Southern Christian Leadership Conference) formed a Freedom Riders Coordinating Committee to keep the Rides rolling through June, July, August, and September. During those months, more than 60 different Freedom Rides criss-crossed the South, most of them converging on Jackson, where every Rider was arrested, more than 300 in total. An unknown number were arrested in other Southern towns. It is estimated that almost 450 people participated in one or more Freedom Rides. About 75% were male, and the same percentage were under the age of 30, with about equal participation from black and white citizens .

By September, CORE and SNCC leaders made tentative plans for a mass demonstration known as the "Washington Project". This would mobilize hundreds, perhaps thousands, of nonviolent demonstrators to the capital city to apply pressure on the ICC and the Kennedy administration. The idea was preempted when the ICC finally issued the necessary orders just before the end of the month. After the new ICC rule took effect on November 1, 1961, passengers were permitted to sit wherever they pleased on interstate buses and trains; "white" and "colored" signs were removed from the terminals; racially segregated drinking fountains, toilets, and waiting rooms serving interstate customers were consolidated; and the lunch counters began serving all customers, regardless of race.

The real looters have long been destroying our society from the safety and luxury of corporate board rooms and the halls of power in Amer... 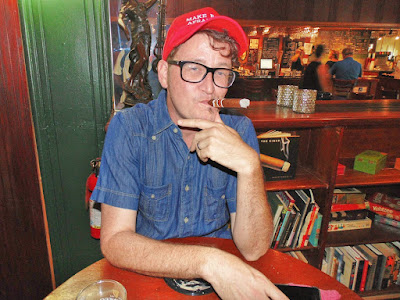