Bill Person On The School Board Race 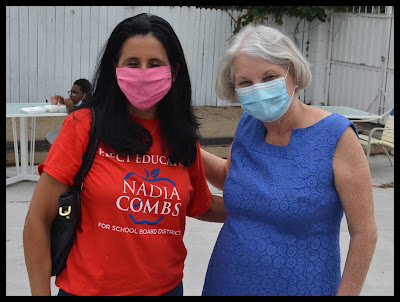 Come Tuesday, November 3rd General Election Day, voters in Hillsborough County have a major opportunity to save public education, as we know it, for decades to come. In early 2020, our current school board appointed a new leader, Superintendent Addison Davis, just prior to a district shutdown due to COVID 19. This leader has restructured the entire district, from instructional delivery, to support personnel and now he is implementing across the board unit cuts, including financial paring and key personnel adjustments to affect a leaner, more efficient school district. Now is a great time to change membership on our often dysfunctional and seemingly inept school board. Let's take a critical look at the four races in districts 1,3 5 and at-large 7.

District 3: Pro-privatization and supporter of for-profit managed charter schools, Incumbent Cindy Stuart, has resigned her seat to become the newly elected Clerk of the Circuit Court. The two winners in the primary are Jessica Vaughn, an educator and businessman Mitch Thrower. These two are polar opposites. Vaughn is a real people person with a  strong progressive stance toward improving public education for ALL students and instructional staff. She is opposed to vouchers, for-profit managed charter schools and privatization of public education.Thrower is supported by the private sector, which includes big bucks from the corporate world of for-profit charter schools, vouchers and privatization. He is funded by private sector friends and helpers in Tallahassee and developers and the like in our county. Thrower is another version of District 1 incumbent,Steve Cona III.

District 1 incumbent is a businessman, anti-union board member, promoter of for-profit managed charter schools,vouchers and Steve Cona, along with Stuart pressed hard in the past to privatize nearly 1500 district school custodians by moving to a contractor bid process for custodial services. He is being challenged by former teacher and educational business woman, Nadia Combs, a highly respected teacher and staff member previously employed by the school system. Combs dominated Cona in the primary election and she has a great chance to unseat this two-year incumbent who is supported by Mean-Girl Cindy Stuart and Mean-Girl Susan Valdes, a former school board member and current Florida State Representative. Valdes is also being challenged for re-election by Hillsborough classroom teacher, NPA, Laurie Rodriguez-Person and a Trump Republican supporter, Angle Urbina, in the general election.

District 5: This is an extremely heated race in the central Tampa/Temple Terrace/Seminole Heights areas between incumbent Tamara Shamburger and retired district Area Superintendent Henry "Shake" Washington. Neither have seemed greatly opposed to either Vouchers or for-profit managed Charter schools. Shamburger was initally opposed to the appointment of Superintendent Davis while Washington's campaign staff appears to be fully supportive of both Cona and Davis, Both Washington and his campaign staff and Superintendent Davis have stated publicly, "Charter Schools are here to Stay!" Political local office holder incumbents appear to lean in support of Shamburger but this race has proven to be a real show! Here, sparks really fly all the way to November.

District 7, at-large, county wide seat: This race is between incumbent and former teacher Lynn Gray and former school board member and former school district employee and private school owner Sally Harris. Gray has taught at many Hillsborough schools and also at Jesuit High School. She has the ear and support of the unions and school district employees. She is opposed to for-profit managed charter schools, generally, along with an aversion to vouchers and privatization. As a board member, she has been unafraid to "be an Army of One" pressing hard for kids, teachers and school communities. Harris was the fourth-wheel of the infamous "Mean Girls Four" along with long-gone, failed politican April Griffin, Susan Valdes and now Cindy Stuart. Harris lost her seat in 2018 to new board member and educator, Dr. Stacy Hahn, in South Tampa/South County/ South Shore areas.

As a three-time candidate, unsuccessful at that, for School Board District one in 2016, 2018 and in 2020 and as a 35 year teacher, principal, director and general director, I recommend you support and elect: Jessica Vaughn, Nadia Combs, Lynn Gray and Henry "Shake" Washington and help save our
beloved school district.  Bill Person 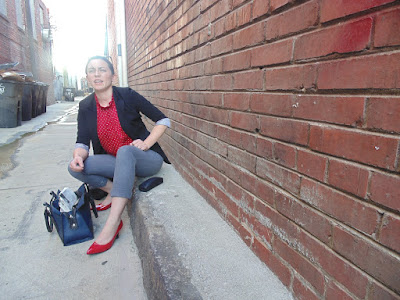