Question for the Hillsborough DEC 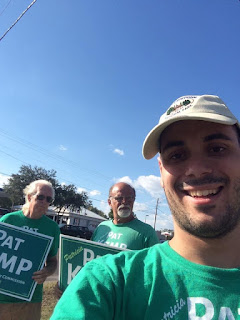 I have been watching Tampa Bay politics evolve and devolve over the past sixteen months. I am a bit flabbergasted by some of the conduct I have seen down there.

The Hillsborough County DEC (Democratic Executive Committee) and Democratic establishment has to answer a few questions. Why is it that we have top ranking Democrats, including DNC members and elected officials, who are endorsing Republican candidates during this election year?

My question to DEC Chairwoman Ione Townsend, FDP Committee-people Russ Patterson and Alma Gonzalez, and any others who stand for Democratic accountability — particularly in crucial elections — where has accountability gone off to wherein we have higher ranking Democrats blatantly going against electing Democrats?

The rules shouldn’t change because the Democrats are more progressive or aren’t universally “liked” ... I have made it a point to openly endorse people like Joe Biden for President and Molly Gray for Vermont Lt. Governor when neither were my initial choice. Many issues matter to me, and when it comes down to it, often times Democrats hold the better torch when compared to their Republican counterparts. There are rare exceptions, of course; I am not asking that we should always be rank and file. I do believe in being a team player, and supporting Democrats in most instances, especially in important elections which hold the balance of power on a thread.

Les Miller, Alan Clendenin, and other prominent Democrats clearly do not share that value with people like myself. My question to Hillsborough County’s DEC and other Democrats nationwide facing this same kind of problem: What should we do about it, and how far should we go to call this behavior out?

For those down there who are keeping strong, fighting the good fight, and striving to remain civil in the face of adversity, well done. Thank you, and please, let us make our predecessors proud. There is a lot to be thankful for, and a lot of good work being done by Democrats, (Greens, Libertarians, etc, even some Republicans) in the Tampa Bay Area and beyond.

Asher, good to see you are still in touch from NE. I like your pictures on FB. To answer your questions. Elected partisan officials do not sign the loyalty oath. So we do not have that to fall back on as a tool of accountability. DEC members do sign an oath pledging to support only democrats while in office. Those DEC MEMBERS who have violated the oath will be held to account.Ione

Thank you for your response, Ione! Do elected officials sign it if they join the DEC? If not, why? Always in touch, hoping you are well!

Endorsing a Republican is not OK in 2020 in Tampa Bay

"If you are OK with any Democrat endorsing a Republican over a Progressive, we are likely not a good fit. In our estimation, to be a re... 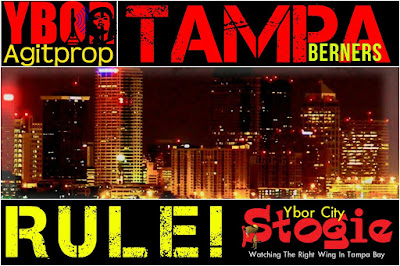